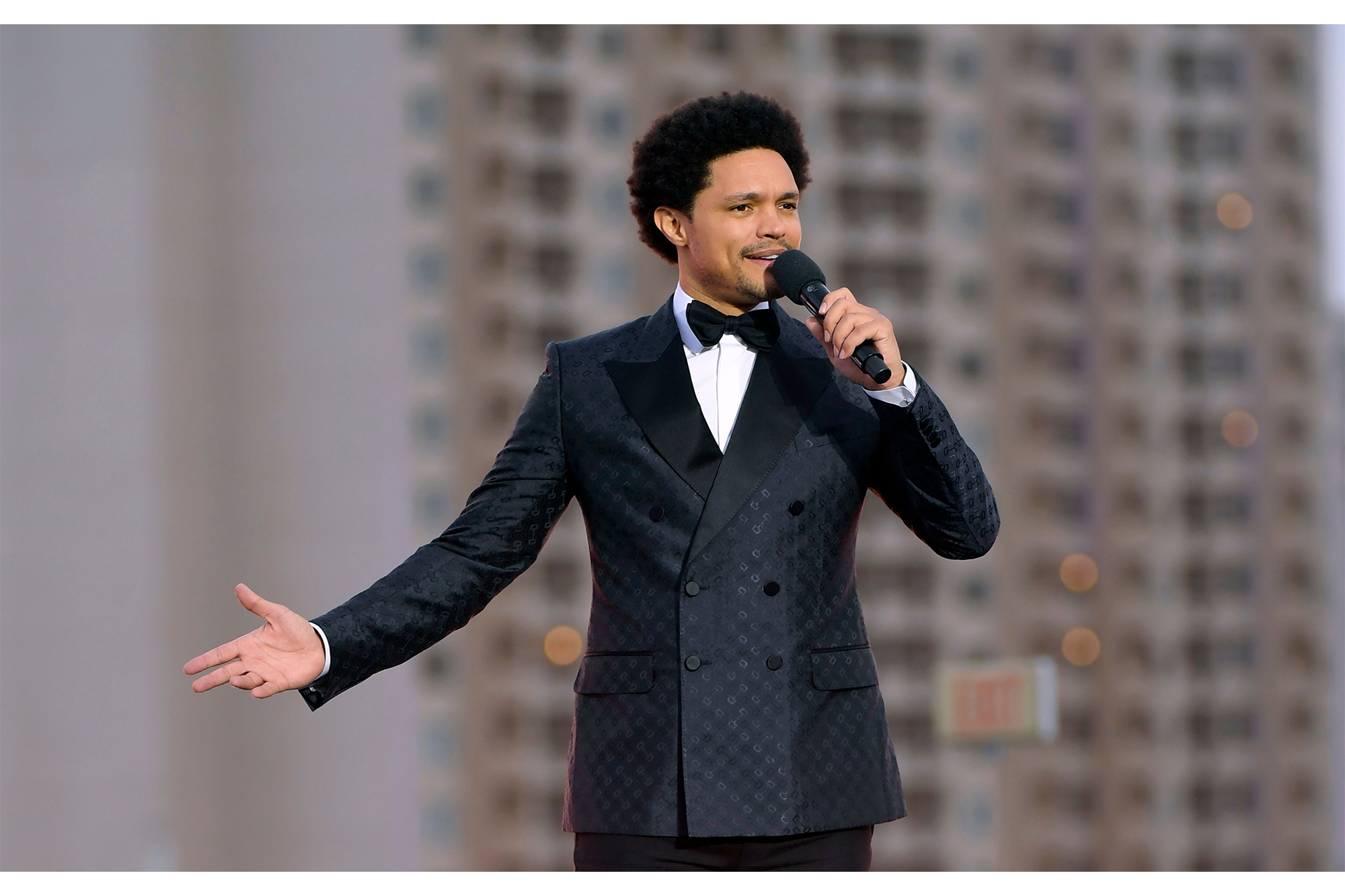 Trevor Noah is stepping out from behind the “Daily Show” desk and back onto the stage.

In 2023, the comic, talk show/award show host and author is embarking on his 45-show “Off The Record Tour” that will take him to Theatres, Palaces and Performing Arts Centers all over North America.

Demand to see Noah live is already high too.

According to his Twitter, he just added second shows in Georgia, Wisconsin, Minnesota and Texas.

And while we can’t predict what Noah will joke about on the road, audiences can most likely expect to hear his signature hot takes on modern day politics and current events.

Plus, if we’re lucky, he may even dish on his last days at “The Daily Show” or new relationship with pop star Dua Lipa.

Obviously, no guarantees on what his material covers but we do know the best way to find out is live.

The tour officially kicks off in Atlanta on Jan. 20, just six weeks after Noah officially ends his tenure as “The Daily Show” host. His last show hosting the program is scheduled for Dec. 8.

Following his opening night in Atlanta, Noah will perform 44 more shows all the way up until Dec. 3, 2023 in locales as varied as Chicago, Denver, Boston, Phoenix and Nashville.

Tickets for all shows are available on Vivid Seats.

Vivid Seats is a verified secondary market ticketing platform, and prices may be higher or lower than face value, depending on demand.

It offers a 100% buyer guarantee that states your transaction will be safe and secure, and all tickets will be delivered before the event.

On Tuesday, Nov. 29, Noah will host a post-show talkback of the Tony Award-winning musical “A Strange Loop” as part of NYC Black Theatre Night.

Tickets to see the production that the New York Times called “searing and softhearted, uproarious and disquieting,” can be purchased here.

In late September, photos of Noah with the three-time Grammy winner surfaced on Twitter.

The first photo of the pair is innocuous enough— the pair seem to be walking the streets of New York City together.

However, the second picture is what seals the deal where Noah, 38, locks lips with Lipa, 27.

For those hoping to see Dua Lipa live this year in NYC, you can at the iHeartRadio Jingle Ball on Dec. 9 at Madison Square Garden.

Tickets can be purchased here.

Prior to the newfound coupling, Noah had dated actress Minka Kelly who you may know from “Friday Night Lights,” “Euphoria” and as (spoiler) Autumn at the end of “500 Days of Summer.”

Even though Trevor Noah may seem like the busiest man in entertainment, that’s still not all.

On top of all the above— plus, a gig hosting the 2022 Grammys— he’s also releasing a his third Netflix special “I Wish You Would” on Nov. 22.

His two previous specials, 2017’s “Afraid of the Dark” and 2018’s “Son of Patricia” can currently be streamed on the platform.

A clip roasting Presidents’ weird voices from his new special can be seen below.

After being announced as the successor to Jon Stewart as “The Daily Show” host in 2015, Noah released his humorous autobiography “Born a Crime: Stories from a South African Childhood” which quickly became a New York Times Bestseller.

“Born a Crime” tells the story of Noah growing up in South Africa midway through the apartheid era which made his mixed race status— he was born to a white Swiss-German father and Black Xhosa mother— a crime.

Want to read it?

Also, keep an eye out for the film adaptation of the text too. Academy Award winning actress Lupita Nyong’o has been reportedly cast as his mother.

Since the announcement that Noah was departing the venerated half-hour satire, there’s been much speculation about who would replace him behind the desk that he occupied for seven years.

Although no official announcement has been made yet, the New York Post guessed that former correspondent Samantha Bee and “Harold and Kumar” star Kal Penn may be in the running.

The full story, complete with juicy details, can be read here.

Other comedians on tour in 2023

We’re getting comedy goosebumps, we’re so excited about the slate of comics set to sweep across the nation next year.

Here are just five of our favorite acts you won’t want to miss when they come to a city near you.