The show must always go on.

A medley of music icons including Eminem, Dolly Parton, Judas Priest, Lionel Richie and Pat Benatar were inducted into the Rock & Roll Hall of Fame on Saturday, and while the night was full of memorable moments, the evening was racked with technical difficulties.

Duran Duran was one of the first acts to be inducted, after a stellar speech from Robert Downey Jr., but as they sang their 1981 tune, “Girls on Film,” things went awry.

The band’s music was barely audible as the crowd and lead singer Simon Le Bon basically sang his lyrics without any background melodies.

“The wonderful spontaneous world of rock ‘n’ roll!” Le Bon, 64, joked once the group stopped and waited for the music to turn back on as the fans shrieked in support.

Once they had a do-over, the musical icons performed their hits such as “Hungry Like the Wolf” and “Ordinary World.”

It was an extra emotional night due to Duran Duran guitarist Andy Taylor admission of his suffering from stage 4 prostate cancer.

Taylor, 61, was unable to attend the show and Le Bon read a letter Taylor had written. In the memo, he noted that he was diagnosed with stage 4 metastatic prostate cancer about four years prior.

“Many families have experienced the slow burn of this disease and of course, we are no different,” Taylor wrote. “So I speak from the perspective of a family man but with profound humility to the band, the greatest fans a group could have, and this exceptional accolade.”

He added that he underwent treatment, however, he recently suffered a “setback” and confessed his condition is “not immediately life-threatening” and “there is no cure.”

Olivia Rodrigo, Bruce Springsteen, Dr. Dre, Steven Tyler, and Ed Sheeran were also in the building in Los Angeles, joining the inductees for the history-making night.

Other legends in the music biz who had the honor of being inducted included
Carly Simon, Eurythmics, Harry Belafonte and Lionel Richie.

The “8 Mile” star, 50, was introduced by longtime friend and collaborator Dr. Dre at the ceremony held in Los Angeles.

“I realize what an honor it is right now to be here up here tonight, and what a privilege it is to do the music that I love,” Eminem said in his speech as he thanked a long list of people, touched upon his prolific career and his 2007 drug overdose.

“Music basically saved my life … I’ll keep this as painless as possible. I’m f–king stuttering and s–t. I’m probably not supposed to actually be here tonight because of a couple of reasons.” he continued. “I almost died from an overdose in 2007, which kind of sucked.”

The rapped added: “I had to really fight my way through man to try and break through in this music, and I’m so honored and I’m so grateful that I’m even able to be up here doing hip-hip music, man, because I love it so much.” 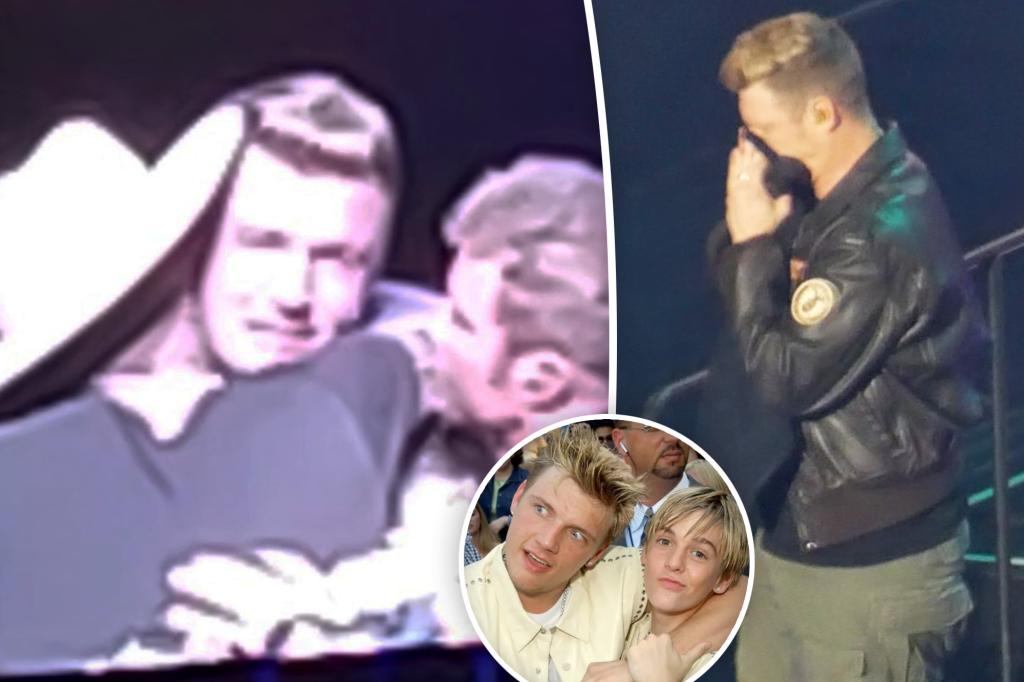