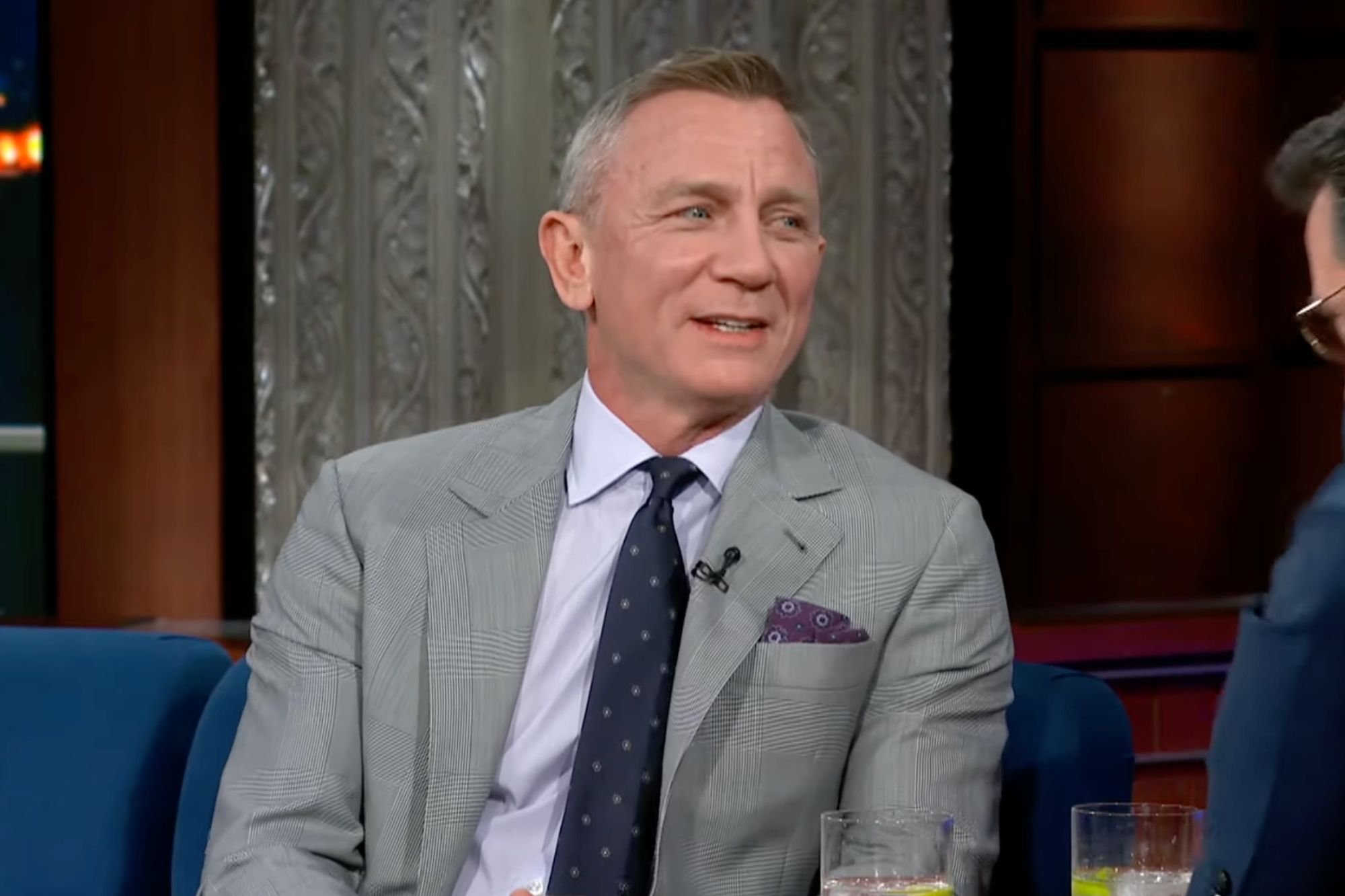 It turns out that 007 is quite the fan of Turkey day.

Daniel Craig revealed that his favorite holiday is Thanksgiving after the James Bond actor became a U.S. citizen in 2019.

The 54-year-old followed his British wife Rachel Weisz’s footsteps as she became a U.S. citizen first back in 2011 — the same year the pair wed.

Appearing on “The Late Show With Stephen Colbert” Monday, Craig was asked if he understood Thanksgiving.

“I do understand Thanksgiving. It’s about giving thanks, as far as I understand,” he quipped.

Colbert then asked the “Glass Onion” actor if he’s been celebrating the annual holiday at home for long.

“I have and we do celebrate it. In fact, I have American friends as well so I’ve celebrated for quite a long time,” he explained, before Colbert probed further.

“I think it’s probably my favorite holiday,” he added.

Speaking to People in 2019, the actor said, “Everybody in this country’s an immigrant. That’s what the country’s built upon. We can’t forget it.

“We can’t just dismiss it … but it’s difficult, and it takes thought, and it takes smart people thinking about it instead of dividing people along party lines and also along this anger that kind of builds up. It needs to be discussed… and that’s hard.”

“Good things are hard to do. I’m incredibly proud to be part of this, to have an American passport and call myself an immigrant in this country,” he went on.

“I’m part of an amazing period in history that created this country and I’m proud to be a part of it.”

The actor tied the knot with Oscar-winning actress Weisz in 2011. The pair share a four-year-old daughter together.

Weisz also has a son, Henry, from a previous relationship with ex-fiancé Darren Aronofsky. Meanwhile, Craig is a dad to daughter Ella, whom he shares with his ex-wife, Fiona Loudon.